Through this article, you are able to get a wide knowledge about the following points.

Heat is the random kinetic energy of the atoms, molecules, or ions in a substance or body. It is restricted to energy being transferred. Energy stored in a body is not heat. Absorption of energy by a system as heat takes the form of increased kinetic energy of its molecules, thus resulting in an increase in temperature of the system. Heat can be converted into work.

Heat can be measured by the amount of ice melted, or by change in temperature of the system. Such methods are known as “Calorimetry”.

Followings are differences between heat and temperature.

Heat is denoted by “Q” and measured by “Calorimeter”. The SI unit is “Joules”.

Temperature is dented by “T” and measured by “Thermometer”. The SI unit is “Kelvin”.

When most substances are heated, they expand. The amount they expand depends on the material and temperature. That means the molecules speed up and tend to move farther apart. This means things that are cooled slowly down their particles, which get closer…causing it to contract or shrink. At higher temperatures, molecules have more kinetic energy and on average move farther apart from each other. This means the substance expands.

A substance may absorb heat without an increase in temperature, by changing from one physical state to another. Relationships exist between the amounts of heat added to or removed from a body and the magnitude of the effects on the state of the body.

The opposite of the above is true when you remove heat, from gas to liquid to solid.

The amount of heat energy required to change the state of 1 gram of substance.

What is heat transfer?

The definition of heat transfer does not require that the process be in any sense smooth.

Example: A belt of lightning may transfer heat to a body.

Conductors are the materials which transfer heat. There are two types of conductors of heat.

Insulations are used to reduce the amount of heat loss by conduction.

Heat transfer and laws of thermodynamics

In thermodynamics, energy transferred as heat contributes to change in the system’s cardinal energy variable of state.

If you want to transfer heat from low temperature to high temperature body, external work has to be done.

Example:
You can follow the following steps to observe the zeroth law of thermodynamics.

First law of thermodynamics: Energy neither be created nor be destroyed within a process. Only thing that can be done is conversion of one energy form to another energy form.

That is the law of conservation of energy. That means the amount of energy in the universe is remains constant.

dU = change in the thermal energy of the system
W = work done on the system (W = Fd or W = dK)
Q = heat added to the system
(Q is + if absorbed, Q is – if released)
All measured in Joules

Applications of first law of thermodynamics with heat are as follows.

4.Internal Combustion Engines
Internal combustion engines are heat engines in which fuel is burnt in a combustion chamber inside the engine.

Many machines including cars, boats, lawn mowers, and airplanes use internal combustion engines.

Most modern cars have fuel-injected internal combustion engines that have a four-stroke combustion cycle.

Thermal energy is converted in to mechanical energy as gasoline is burnt under pressure inside cylinders.

Second law of thermodynamics: Natural processes tend to increase the total entropy (disorder) of the universe.

Kelvin’s statement:
No engine, working in a continuous cycle, can take heat from a reservoir at a single temperature and convert that heat completely to work.

Claudius’s statement:
Heat will never flow from a colder body to a hotter body unless some other process is also involved.

According to the second law of thermodynamics, the entropy of the universe or of an isolated system can only increase or remain constant. It will never decrease. Any process will tend to increase the amount of entropy in the universe. Entropy is a measure of the disorder of a system.

For the mathematical calculations,

Major application of second law of thermodynamics is observed in the field of HVAC where the flow of heat is against its natural tendency.
In addition to that its applications are in,

Third law of thermodynamics: The entropy of a perfect crystal is zero when the temperature of the crystal is equal to the absolute zero (0 K).

Why does ice always melt in water?

Specific Heat: The specific heat of a material is the amount of thermal energy needed to raise the temperature of 1kg of the material by 1℃.

Thermal pollution is the increase in temperature of a body of water caused by adding warmer water.

Cooling towers are used by some power plants and factories to cool the warm water and they produce.

There are three modes of heat transfer. They are as follows.

Let’s try to understand the meanings of those simply.

Conduction: Conduction is the transfer of heat by the vibration of particles and also through the free electrons. This is most effective in solids.

Convection: Convection is the transfer of heat through density differences. This is most effective in liquids and gases.

Radiation: In radiation, heat is transferred by wave motion. In this no material is required, can occur in space. 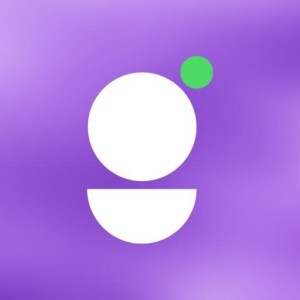